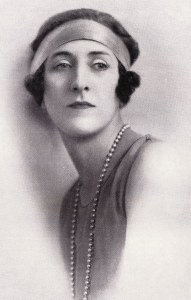 The writer and traveler Lady Dorothy Mills (1889-1959) lived two lives, the life she was given, and the life she made. This short biography is updated occasionally as I find new details about her. Buying books by Lady Dorothy Mills, which are all out-of-print, and finding out more about her life, which is difficult, has been a minor hobby of mine since 1992. Piddling at this tiny biography teaches me what immense work Doris Kearns Goodwin or Robert Caro undertake to write real biographies. 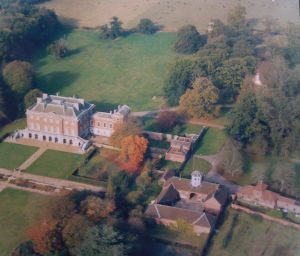 Lady Dorothy’s parents, Robert Walpole, 33, a Naval Officer, and Louise Mellissa Corbin, 21, an American woman being educated in Europe, married in 1888. A few years later, in 1894, Robert inherited from his uncle, the earldom and the Norfolk estates, which included Wolterton Hall and Mannington Hall. That made him the 5th and final Earl of Orford. Lady Dorothy will grow up in English manor houses much like those we saw on Downton Abbey.

Robert had famous ancestors like  Robert Walpole, who was the first Prime Minister of England, and Horace Walpole, known for writing The Castle of Otranto, which many consider the first Gothic novel. Louise was the daughter of Daniel Chase Corbin, a rich American railroad magnate. 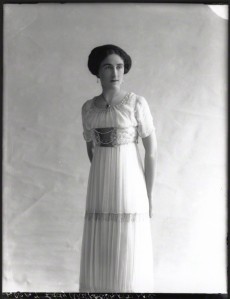 Dorothy Rachel Melissa Walpole was born on March 4, 1889, at South Kensington, London. Lady Dorothy lived in England, but as a child traveled widely across America and around the world. Mills claimed she led a solitary childhood, watched over by servants and governesses, playing boys games, until she was told it was time to take on her proper role. That meant dressing like a lady and coming out to society. Lady Dorothy was expected to make the right kind of marriage, and the right kind of men proposed, but she fell in love with the wrong kind of man, which turned her family against her. Robert Walpole had great expectations for his daughter, ones she refused to meet.

Pictured is Dorothy on May 15, 1911, when she was 22. Photo from National Portrait Gallery, used with permission.

Lady Dorothy married Capt. Arthur Mills in 1916 against her father’s wishes and was cut off from the wealthy lifestyle she had always known. She wrote about learning to live without servants, to cook, clean and wash clothes. She had to even dress herself. Dorothy and Arthur both took up writing to make ends meet.

In 1916 she published Card Houses, her first novel. It was followed by eight more novels, The Laughter of Fools (1920), The Tent of Blue (1922), The Road (1923), The Arms of the Sun (1924), The Dark Gods (1925), Phoenix (1926), Master! (1927) and Jungle! (1928). Her early novels dealt with scandals of the society set, where aristocratic women encountered opium dens or had interracial love affairs. Her later stories explored fantasy and science fiction, but still dealing with daring themes for the day.

Lady Dorothy achieved minor fame as a woman who traveled alone to dangerous places, visiting the jungles of Africa and South America, and the deserts of the Middle East and North Africa. She wrote five travel books, The Road to Timbuktu (1924), Beyond the Bosphorous (1926), Through Liberia (1926), The Golden Land: A Record of Travel in West Africa and The Country of the Orinoco (1931).

In 1929 she was in a bad car crash and suffered a head injury, but that didn’t stop from going to South America the following year.

In 1931, she wrote A Different Drummer: Chapters in Autobiography, about herself.

During these years Arthur Mills wrote novels and travel books too, but he traveled to different places. Lady Dorothy preferred to travel alone. Reviewers enjoyed reviewing their books together, as competitions.

All of her books are all out-of-print, and the writer Lady Dorothy Mills is almost completely unknown today.

In 1933 she divorced Arthur and eventual retired to the seaside resort of Brighton, England where she remained in obscurity until her death in 1959. Why she quit writing and let her books go out of print is a mystery. Around the time of her divorce, her father died, and she inherited money. It is not known if she quit writing because she no longer needed the money, it was required to inherit, her health had declined, or she just had gotten tired of notoriety.